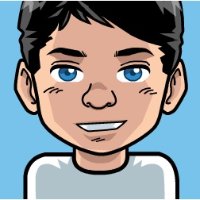 Moving from elastic search 1 to elastic 2 comes with some breaking changes. One of those changes is the setup of an in-memory node.

In elastic search 1 it was possible to create a node that didn’t store any data on disk (except for some log files). This was useful for creating a fast in memory node that could be used for testing. Unfortunately this feature was removed with the release of elastic 2. This change can be found in the documentation here.

Elastic has a separate testing jar that comes with a ‘ESIntegTestCase’ class that you can extend. Documentation here. Using this class was not as easy as hoped and it seemd to create a rather heavy cluster with multiple nodes.

A better approach seemed to alter the in-memory setup for elastic search 1 as little as possible until it worked again. The biggest change is altering the ‘index.store.type’ to ‘default’ (from ‘memory’) and including a ‘path.home’ directory to store data on disk. Below is the complete code of the InMemoryMongo class (that is now not so in memory more).


This class can be used in a test as demonstrated below.

You May Also Enjoy

OpenJDK has backported disabling TLS 1.0 and 1.1 by default.

Configure NTP on a Raspberry PI with DHCP option 42 NTP Servers. DHCP allows to send a whole list of options along with the IP address for the Raspberry PI.

Exploring the configuration options of the Spring ThreadPoolTaskExecutor.

Revocation checking is disabled by default in Java but it can be enabled by setting the correct properties.